We Are on the Road to TwitchCon

We’re excited to announce that H1Z1 will be at TwitchCon in San Francisco, and on September 26, we’re hosting an Invitational! Featuring many popular Twitch personalities, this is a chance to see who will be the best of the best in PLAYERUNKNOWN’S Battle Royale! 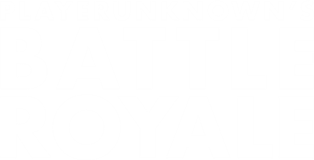 PLAYERUNKNOWN’S Battle Royale provides a thrilling, unique gameplay experience inside H1Z1. There are four different ways to play Battle Royale in H1Z1: Standard, Hardcore, Two-Person Team, and Five-Person Team. Get in game and battle alongside your favorite streamers as they prep for the road to TwitchCon, or hone your own skills... you just might need them. (Keep reading below for more details on that).

We're also excited to announce that we'll be partnering with Razer and Alienware for the Invitational.

Not going to be at TwitchCon? We’ll be streaming the Invitational live from the event. But that’s not the only way you can get involved…

Do you think you’re a #BRBadass? Want to prove it for a chance to win a trip to TwitchCon and a seat in the H1Z1 Invitational? Create an image, video, or essay describing why YOU should be chosen for one of the available spots! Read the full official rules and enter the contest here.