Find Out What’s New In Preseason 4

We’re wiping the slate clean and starting anew in Preseason 4 with this game update. You’ll need to earn your way back to Royalty, but pay close attention because there are some important changes to how you climb the ladder.

With Preseason 3, we received a lot of feedback that Royalty was too easy to obtain, and the value of kills wasn’t pushed as far as they should be. In Preseason 4, we’re directly addressing this feedback by increasing kill scores across the board, and substantially raising the threshold for Royalty entry. Additionally, we’re trying something a little different with kill scoring in Preseason 4: kill values will now be bucketed in a way that we feel more accurately reflects the “phases” of each match, and assigns kill values to those phases. This is different from our previous scoring method which assigned every kill an escalating value.

Here’s how it all shook out with Preseason 3. 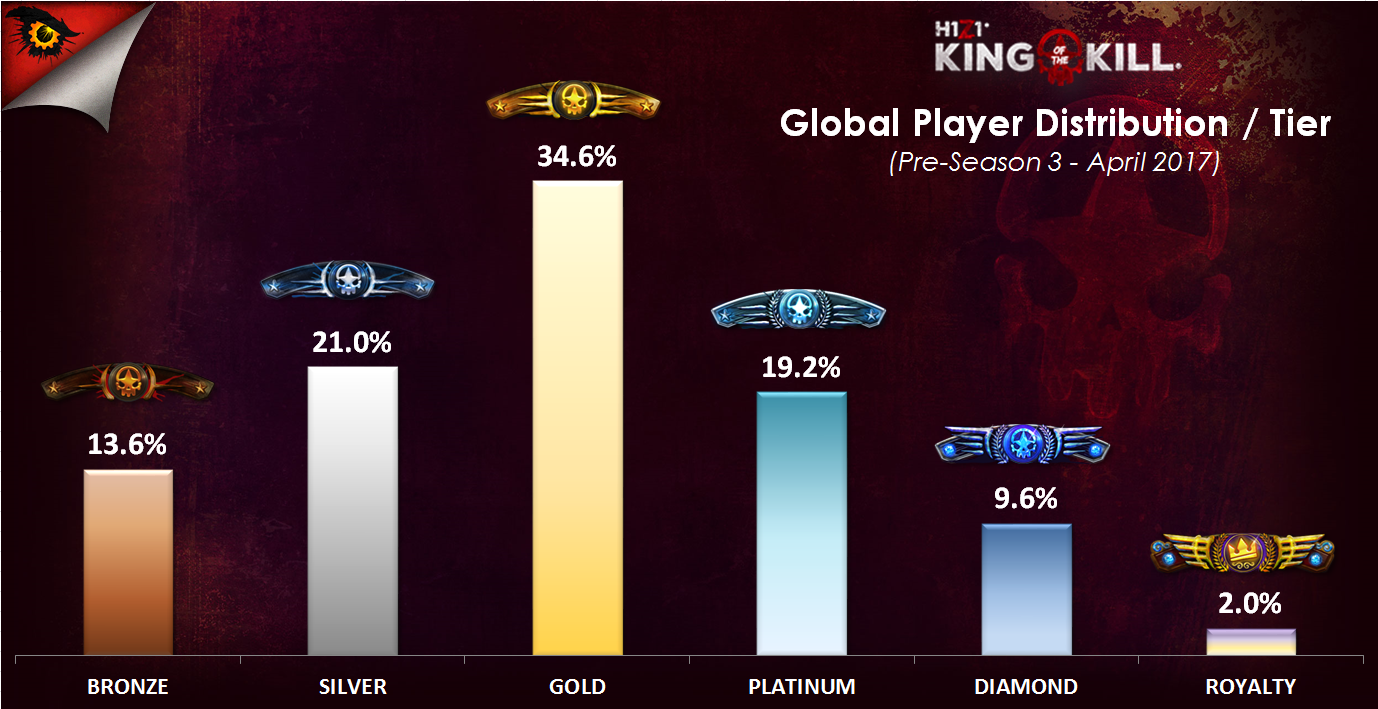 With the kickoff of Preseason 4, we’re going to continue to make tweaks and adjustments to Tier distribution, kill scores, and Season length. With the changes listed below, you’ll notice that we’re hoping to make the jump into Royalty even more difficult and something you’ll want to boast about.

Preseasons 1 and 2 got the ball rolling with the Tribute Backpack and Shotgun skins. Preseason 4 adds to your set with the all-new Tribute Helmet! This time around we’re also adding in a certain amount of Scrap based on how well you place at the end of Preseason 4. Getting a new item from the Scrapyard costs you 100 Scrap, so make it all the way to Royalty and you’ll earn 3 free attempts.

Think you've got what it takes? Show us your name at the top of the leaderboard on any of our social channels, including Facebook, Twitter, or Discord!