At gamescom this past week, players got the chance to explore King of the Kill’s new map and get a feel for the exciting new changes coming to the King of the Kill gameplay experience. We sat down with Sebastian Strzalkowski, our very own art director on the H1Z1 team, to talk about some of the work that went in to making the upcoming map. We were able to gather some insight on the direction the team took, the obstacles they faced along the way, and some of major changes we’ll be seeing make their debut when the map is released.

Can you take us through a bit of the design process for the new map?
The original map was created in a way that felt a bit like an assembly line. During its construction, we had the artists on different teams creating individual props and objects which would then get implemented into the map by the designers. Although this got the job done, it was time consuming and very inefficient when it came to creating new features. When we started constructing the new map, we knew that we had to rethink this process. The team wanted to move away from that assembly line feeling, so we came up with a more collaborative approach. We started from scratch, working closely together from the beginning, and were able to more efficiently create a better-detailed map.

How did the original map impact the design of the new map?
We noticed that players tend to repeatedly migrate towards specific locations on the current map, while other areas are left generally untouched. We wanted to create something that would more effectively use the considerable amount of space we have, and encourage players to roam and explore more areas. The new map is more symmetrical in terms of layout and has been balanced so that there are points of interest spread out across the entire space. This should make gameplay a much more immersive experience, as there is more varied content for players discover. In terms of keeping some tradition, we did decide to keep some of the iconic names of certain points of interest.

How did player feedback impact the design of the new map?
We’ve been very aware of player feedback the entire time we’ve been working on King of the Kill, which has definitely shown through in the creation of some of our new points of interest. We constantly keep tabs on our player base - although we don’t directly take any ideas from fan submissions, it can be really inspirational to see some of the ideas our players come up with for the game! Player feedback is helpful in other ways too; knowing that loot spawning was an issue discussed in the community, we looked to player responses when rebalancing locations and points of interest for the new map. 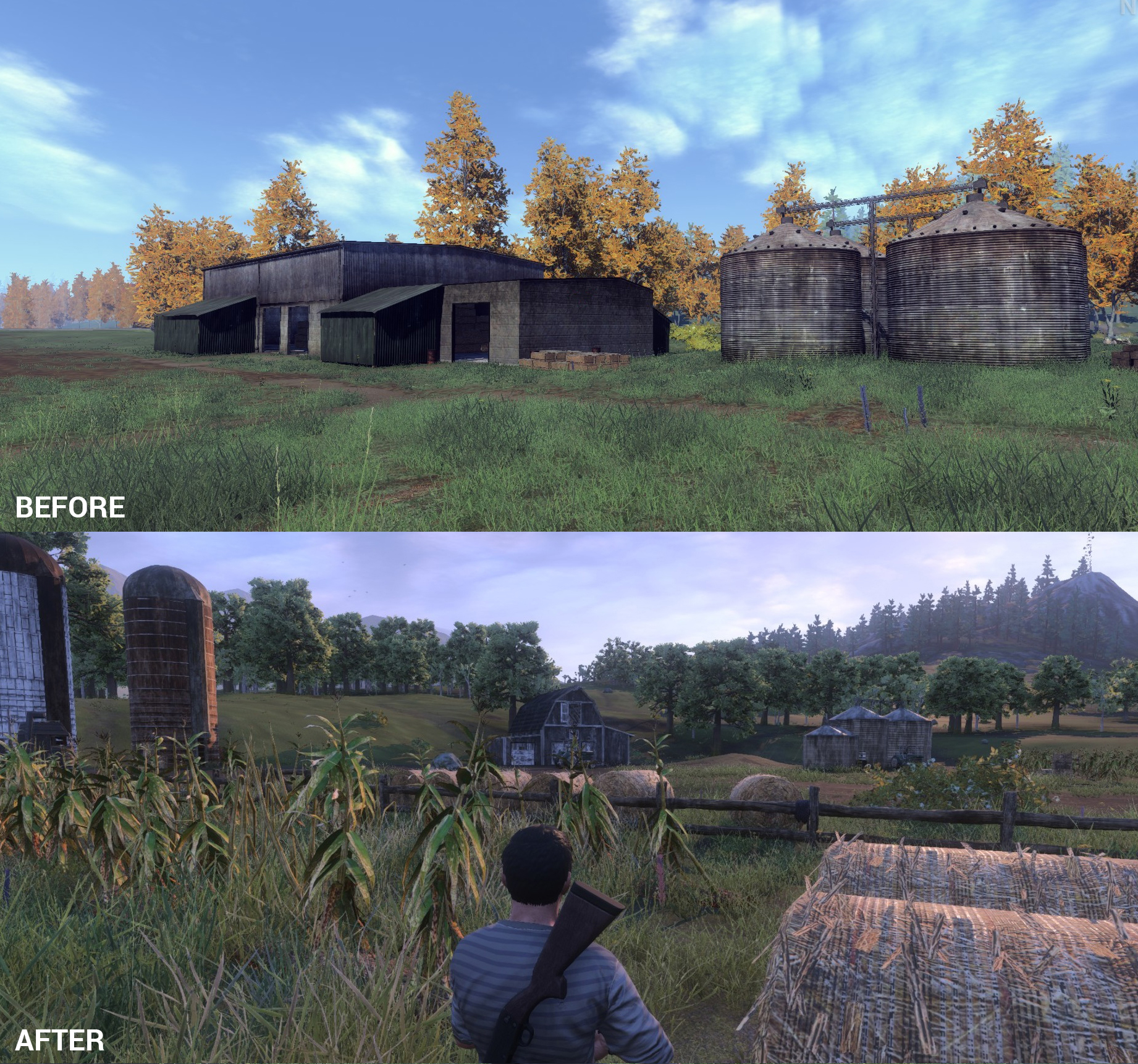 What are some of the biggest differences you think players will notice in the new map?
With the new map being completely remade from scratch, there are loads of differences. Aside from these more blatant changes, the visuals and graphical quality of the new map will definitely be noticeable to players right away. It’s considerably more detailed than the old map and makes the world feel much more realistic. We also put a lot of work into making the game’s lighting a more dynamic feature – for example, entering or exiting a building will cause changes in the player’s ‘vision’ just like it would in real life. We wanted to give our players a more in-depth experience when playing so that they could immerse themselves into the game.

What do you think is the biggest thing that players have to look forward to on the new map?
The new map gives players a lot more opportunities to explore and really engross themselves in their surroundings. With King of the Kill being such a fast-paced and intensive game, an immersive map will definitely suit the game’s style of play. Players aren’t going to methodically loot everything or spend time going through specific points of interest. They’re going to have to gear up and go, no matter where they are on the map. Above all else, the new map has the “arena” feel we were looking for, and it’s something that’s going to be really enjoyable to play on.

Are there any “Easter Eggs” players should keep an eye out for?
A lot of the street signs are actually named after individuals on our development team. The magazine racks are fun, too - some of the covers have pictures of members from our team. My favorite is a magazine that’s been titled “G35”- it’s named after one of our game’s error codes.

Thanks, Sebastian, for taking the time to answer our questions! What are you most excited about for the new map? Tweet at us at @H1Z1KotK and let us know!