The Combat Update on August 29th marks the start of Preseason 6! Read on for a recap of Preseason 5, a look at what’s new in Preseason 6, and the rewards you can earn for Solos, Duos, and Fives!

Preseason 5 introduced the Master tier, which was meant to smooth out the distribution of players between Diamond and Royalty. At a glance, here’s how Preseason 5 wound up: 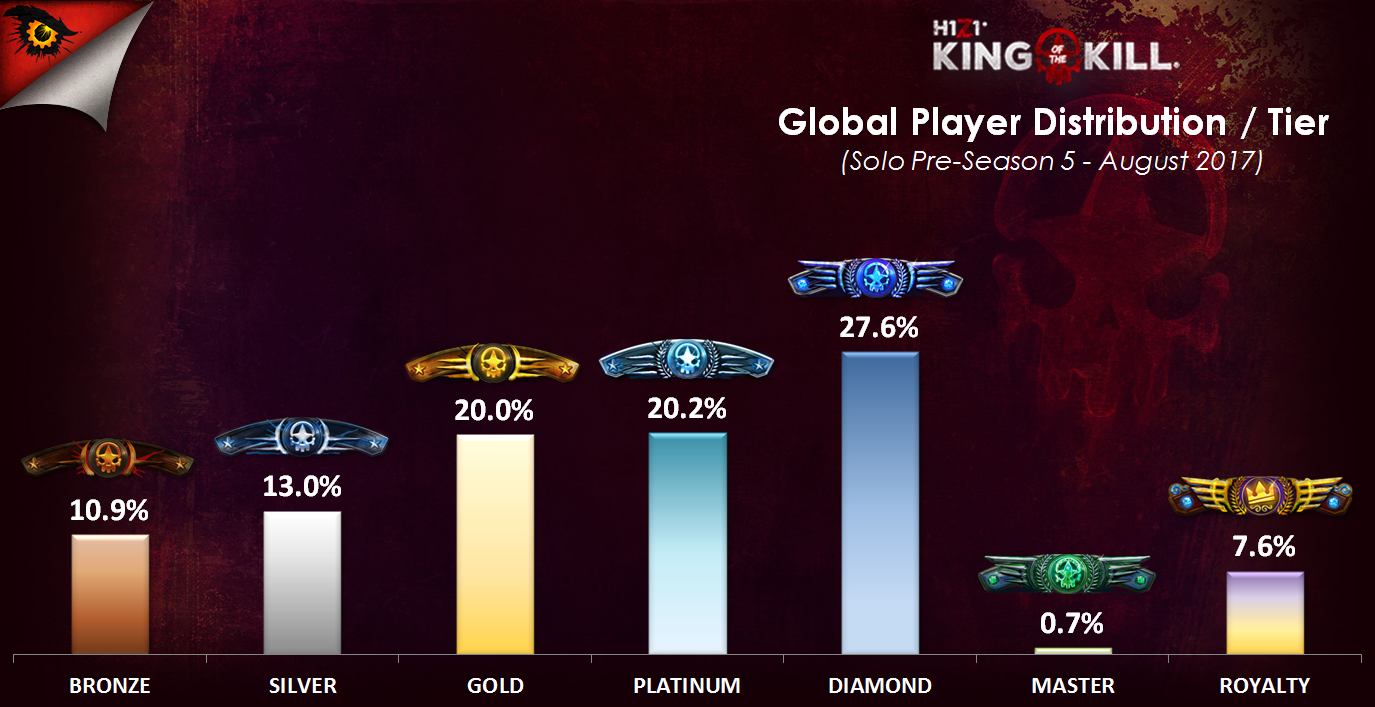 It’s pretty apparent we missed the mark a bit on Master tier, so Preseason 6 scoring has been adjusted accordingly to even out the curve.

In addition, we definitely heard your feedback on Royalty feeling like it was too easy to achieve (especially in Duos and Fives), so we’ve adjusted the barrier to entry this Preseason – more on the new tier thresholds below!

Division calculations, kill scoring, and placement scoring will all be the same in Preseason 6 as they were in Preseason 5. If you’d like to review those details, visit the Preseason 5 article here!

As mentioned above, we’ve adjusted tier thresholds in Preseason 6 not only to flatten out the curve between Diamond, Master, and Royalty, but also to address that Royalty seemed too easy to achieve. Here’s what you’ll need in order to achieve each tier in Preseason 6:

We’re expanding the Tribute collection again in Preseason 6 with the new Tribute Makeshift Armor and Royalty Makeshift Armor! Finish Gold or above in any mode (Solos, Duos, or Fives), and you’ll receive these rewards. You’ll only need to rank in ONE mode in order to be eligible for the Makeshift Armor, and you won’t earn multiple Armors for qualifying in multiple modes. However, you WILL receive Scrap rewards from each mode based on your placement. That means that while you’ll only receive one instance of a Makeshift Armor skin that you qualify for, you’ll receive the Scrap payouts of each Tier across modes.

Are you aiming for the top of the Leaderboards in Preseason 6? Let us know on Facebook, Twitter, and Discord!