Hello again everyone.  We have a number of game updates coming in the next several weeks, so a lot to digest and take in on this update.

We updated the game today with a patch to make a few improvements that were really important to us to get out before the Holiday weekend. The changes we made required us to rebuild all of the game assets. So while the amount of change is small and focused to make improvements to hit registration and server performance,  the size of the download will be quite large.

We are spending a considerable amount of time investigating reports of poor hit registration.  This next patch has a few changes that we believe will improve some of the situations we found watching videos and investigating our logs. The shotgun usually manifests this in the most visible way given the range of engagement, etc.

One other thing to look out for is cases where your weapon may not fire. This may be new behavior as a side effect to some other fixes. I am asking everyone to look out for it, because in theory the code should be triggered, but it is very rare and we have not so far reproduced it. Having this happen could be a little frustrating, but it will actually be a good thing for us because it will give us a very clear clue on where a particular problem may exist. So please help us out and keep an eye out for this one and let us know if it happens to you.

We are continually working on all of our servers to ensure the smoothest experience.  We have done a significant amount of work for our European center and things look much improved there, but we still have a few updates planned out for our European players.

We plan on increasing capacity in South America and Asia over the next week or so as well.

As we continue to ensure server stability, we have been getting more and more aggressive with the ping limitations.  We are not quite yet to our ideal target, but are moving it down more and more each week.  I expect this to take a couple more weeks and then we will dial in our desired target.

After the Thanksgiving break, we are prepping more updates that will focus on the following.

In my last producer letter I mentioned some plans around Season 1 and the thinking there.  Since then, we decided to change things up a little bit. We are going to run a Pre-Season 2 because we have decided to change up the scoring to make kills more meaningful, and change the thresholds for the various leaderboard tiers. We want to see how this balance plays out before starting an official season.  We will have an article on our website soon that will detail out these changes. 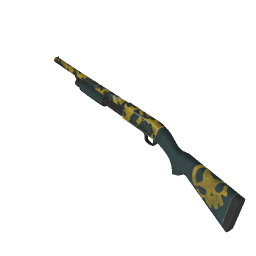 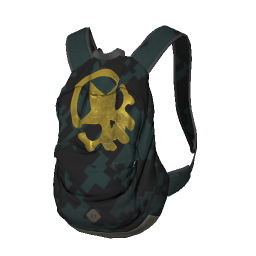 One more cool thing to check out during Pre-Season 2 will be the Leaderboards on our website. These are searchable by player and region. You can see a few additional stats per player, as well as clicking on a player will show you how their score broke down to their top ten matches.

We will get Season One kicked off after this Pre-Season 2 with a more formal reward structure like I talked about in my last producer letter.

A number of improvements to duos and fives that have been a long time coming.  First is the team follow cam.  If you are eliminated before your teammate(s) in a game, you will have the ability to have your camera follow your surviving teammate(s) to see the rest of the match play out.  In Fives, you can switch between teammates to see all of the action.

The final game information screens have been reworked and cleaned up.  This includes displaying correct finishing positions so there is no confusion there.

In the future, duos and fives will continue to get better as we look to add them into our seasons and scoring systems.

A few other fun additions will be added as well.  A new POI, Scott’s Airfield, has been added north of Ruby Lake.  This was done to fill in an area that was a little too empty to our liking.  Look out for fire extinguishers in the environment.  Shooting one will cause it to explode and empty its contents as a smoke screen which could be useful to get away from a firefight.

Watching people use the crafting screen caused us to go back and rework that screen to make it easier to use.  Recipes are now ordered vertically based on the most commonly used at the top of the list.  Progress bars are more visible and easier to read.  Buttons were added to Craft and Craft Max so you do not have to rely on the assigned button to craft.

If you are a streamer, a future live update will add the ability to invite your current viewers into a duo or fives match with you.  Information about your current viewers will be easily viewable right on the screen to invite from. See who is a sub, who is a follower, etc.  Simply select a viewer and invite to your party.  Should be really easy to accommodate games with subs or other activities as a streamer.

We are still working on getting everything in place to convert your airdrop tickets over to scrap.  This is taking a bit longer than expected, but we need to ensure that it happens correctly, and until we can do that, we will have to push it out a little further.  I do anticipate this happening before the end of the year, stay tuned for more info..

We have been paying attention to a lot of the reports of teaming happening in solo matches. Our game admins have been investigating these as well as pro-actively joining games to catch it happening live. Suspensions and bans have been consistently handed out over the last 6 weeks.

Going forward, we have more in-game detection coming to find it happening in real-time. Anyone penalized for breaking our rules will be removed from the leaderboards and will not be allowed to join any in-game events or tournaments in the future. We will continue to monitor and take whatever steps seem reasonable to catch it and penalize anyone breaking our rules.

I will include a little less detail here and will detail these out in a future producer’s letter, but for now here is what to start to expect. We plan on running an end of year special event called the Skull Crusher Event.  This will require an event ticket to enter, and will have a pretty cool prize to have a chance at winning. Our goal is to bring Skirmishes back started in December as well.  Our plan for the first Skirmish is to run Ignition through the month of December.

There are a number of bug fixes in the works as well.  We will detail these out in patch notes to go with the updates.  Some of the important ones to call out: