PS4 servers will be coming offline at the below times for each region for an estimated 2 hour maintenance to bring you a new Swagnum Opus Challenge, jumping updates, and more. 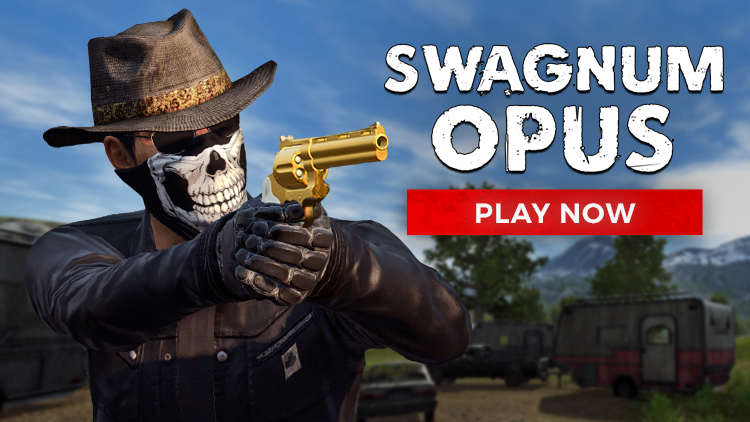 For the second and final weekend of Swagnum Opus in Arcade Mode, there's a new Challenge on deck - get 2 kills with the Swagnum to earn 10 Battle Pass Medals! With a full Battle Pass tier waiting for you when you complete your Challenge, check out everything you need to know about Swagnum Opus here.

To play Swagnum Opus, select the "Arcade" option from the Play menu. Swagnum Opus will be available at the below times in each region: