All PS4 servers will be coming offline at 8AM PDT/5PM CEST on Thursday, July 19 for an estimated 3-hour update to bring you increased late-game gas damage, a de-duplication system, revive kill credit adjustments, and more. 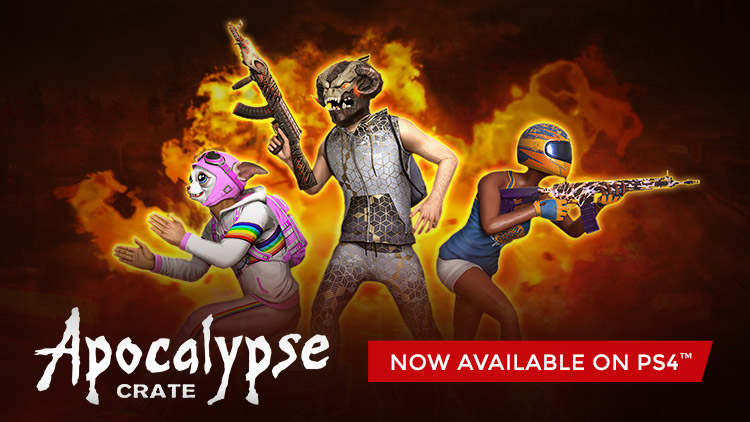 Fight like it's your last day on earth with the items from the new Apocalypse Crate, now available from the in-game Store! Whether you want to feed your wild side with new Unicorn items or go out guns blazing with animated weapon skins, this Crate is sure to help you bring the mayhem.