Check out the latest features and bug fixes, and grab the new Day of the Dead items!

All PS4 servers in all regions will be coming offline at 7AM PDT on Friday, June 29 (convert this to your local time here) for a game update to bring you Revive, the Airstrike Signal, aim acceleration options, and more! The downtime is estimated to take approximately 4 hours. Read on below for all the details: 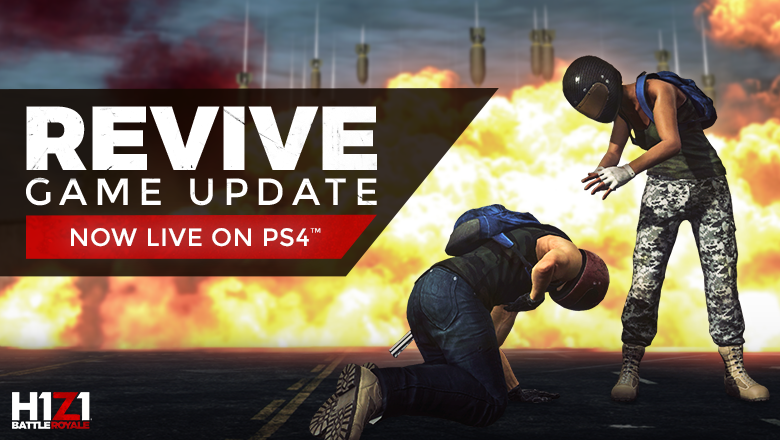 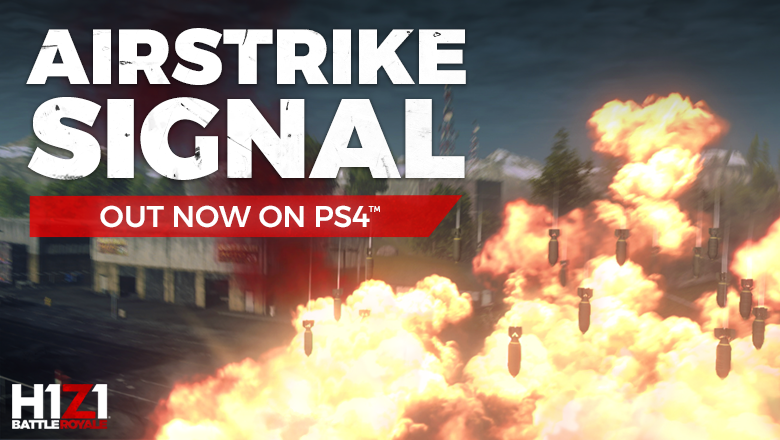 There are now 3 aim acceleration models for you to choose from. These will allow you to adjust how the game responds to your right analog stick input. Here are the 3 options you will find in the Settings menu:

In addition, the maximum aim movement speed has been increased, so you can turn around faster. This change affects all 3 aim acceleration options equally.

Thank You for 10 Million Players! 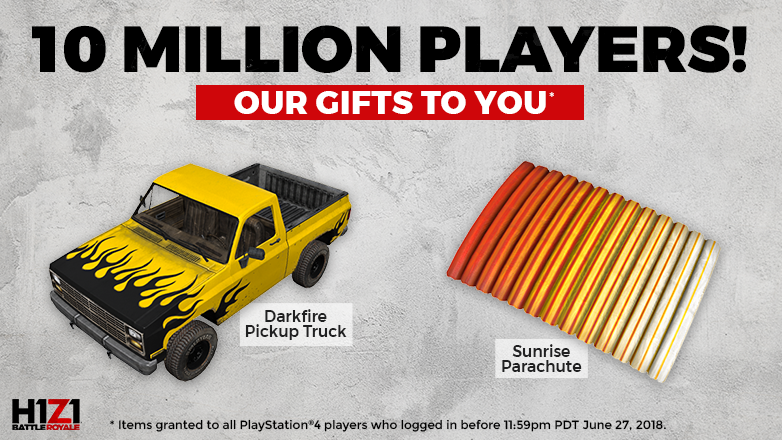 To celebrate our milestone of reaching 10 million players and say "thank you" to all who have parachuted into H1Z1 on PS4 so far, this update grants the Darkfire Pickup Truck and Sunrise Parachute directly to any PS4 players who logged into H1Z1 prior to 11:59PM PDT on Wednesday, June 27. You set our world on fire! 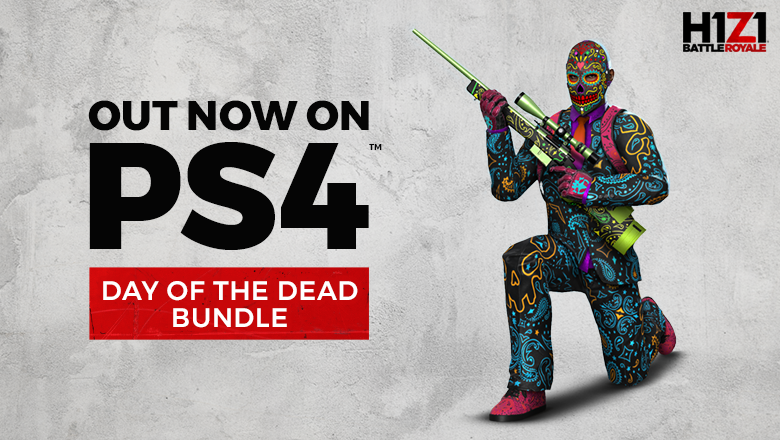 Haunt your enemies with the NEW Day of the Dead bundles, now available from the in-game Store! Featuring a complete outfit and M40 skin, you'll definitely be the last thing your opponents see.

Purchasing any of these Bundles grants you a Crate that guarantees you ALL the items inside. Once you pick up these Bundles from the Store, make sure you head to your Customize section to open them up and unlock everything inside!