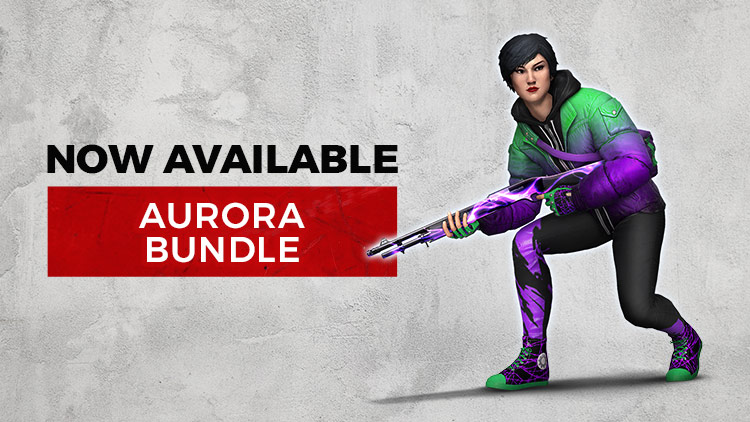 Make the night yours with the NEW Aurora bundles, now available from the in-game Store! Featuring a complete outfit and a shotgun skin, you won't want to miss out on this midnight madness.

Purchasing any of these Bundles grants you a Crate that guarantees you ALL the items inside. Once you pick up these Bundles from the Store, head over to your Customize section to open them up and get your goodies!