Play this explosive new brawl throughout the weekend!

We hope everyone enjoyed Swagnum Opus as an Event and scored themselves a shiny new parachute! Swagnum Opus is returning as a regular weekend Skirmish mode (available from 10AM PT on Friday through 10AM PT on Monday) starting today. You can still earn the Air Guitar emote by playing the Swagnum Opus Skirmish!

All players spawn with the Swagnum, a very powerful sidearm that can one shot kill to the body (even in armor). Each player only starts with a single bullet for it, so make your first shot count! More Swagnum rounds can be found in airdrop crates. The number of airdrops that occur during the match has been increased dramatically, and golden beams will call them out at a distance so they won’t be hard to find. Each crate can contain up to 6 Swagnum rounds, but does not contain any other types of loot. Players will be flocking to these locations, so keep your head on a swivel! Getting a kill with the Swagnum will fire off a special volley of golden fireworks - it looks spectacular, but will also draw the attention of others.

The only other weapon that spawns on the map is the Crossbow, and the only ammo type are the new firework arrows. These arrows will launch small fireworks when they hit a target, or will detonate in the air if they don’t hit anything. The Crossbow has a long reload time and low damage output - this makes them a decent backup weapon for when Swagnum rounds are low or being saved for other fights.

The only vehicles that spawn on the map are ATVs that should be used for quick getaways. The gas ring starts in place around Pleasant Valley and advances more aggressively than usual. The time of day is adjusted to be closer to sunset, giving the fireworks display an extra pop!

Participating in a Swagnum Opus Skirmish match will reward you with the new Air Guitar emote! 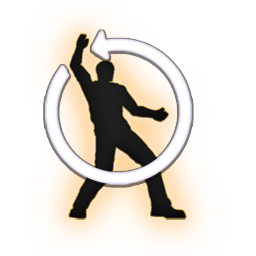 Swagnum Opus is currently available as a weekend Skirmish, which means it's unlocked from 10AM PT on Friday through 10AM PT on Monday.

Each Swagnum Opus match is a Solo game, so cooperating with a friend is a bannable offense. There will be in-game GMs in matches actively looking for teamers. If you’re caught teaming during a Swagnum Opus match, your Daybreak account will be banned, meaning you’ll lose access to all games and purchases. Trust us – the consequences are NOT worth it!