H1Z1 Showdown: The Results Are In!

See who placed in the Top 10 at the December 12th event.

The H1Z1 Showdown took place on December 12, 2015. Seventy-five players competed in four standard matches of PLAYERUNKNOWN’s Battle Royale. These rivals were drafted from the H1Z1 community and captained in teams on private servers by well-known Twitch broadcasters summit1g, Ninja and Mr. Grimmmz (working together), CDNThe3rd, PhazePyre, and sxyhxy and Trick2g (also working together).

Through sales of the H1Z1 Showdown Crate Key, the H1Z1 community helped raise $112,917 for No Kid Hungry, a charity that connects kids in need with nutritious food and teaches families how to cook healthy, affordable meals.

As the winner of the H1Z1 Showdown, JerkChicken will get to help design an in-game item named after him in a future crate. Additionally, Daybreak Games will donate $5,000 to a charity of his choice. As the captain of the highest performing team overall, Team Abduction’s PhazePyre will get to help craft an in-game sign, billboard or statue for all players to behold. Every participant in the Showdown will receive the Crown Military Backpack skin, and the top ten players received the Showdown Gold skin. 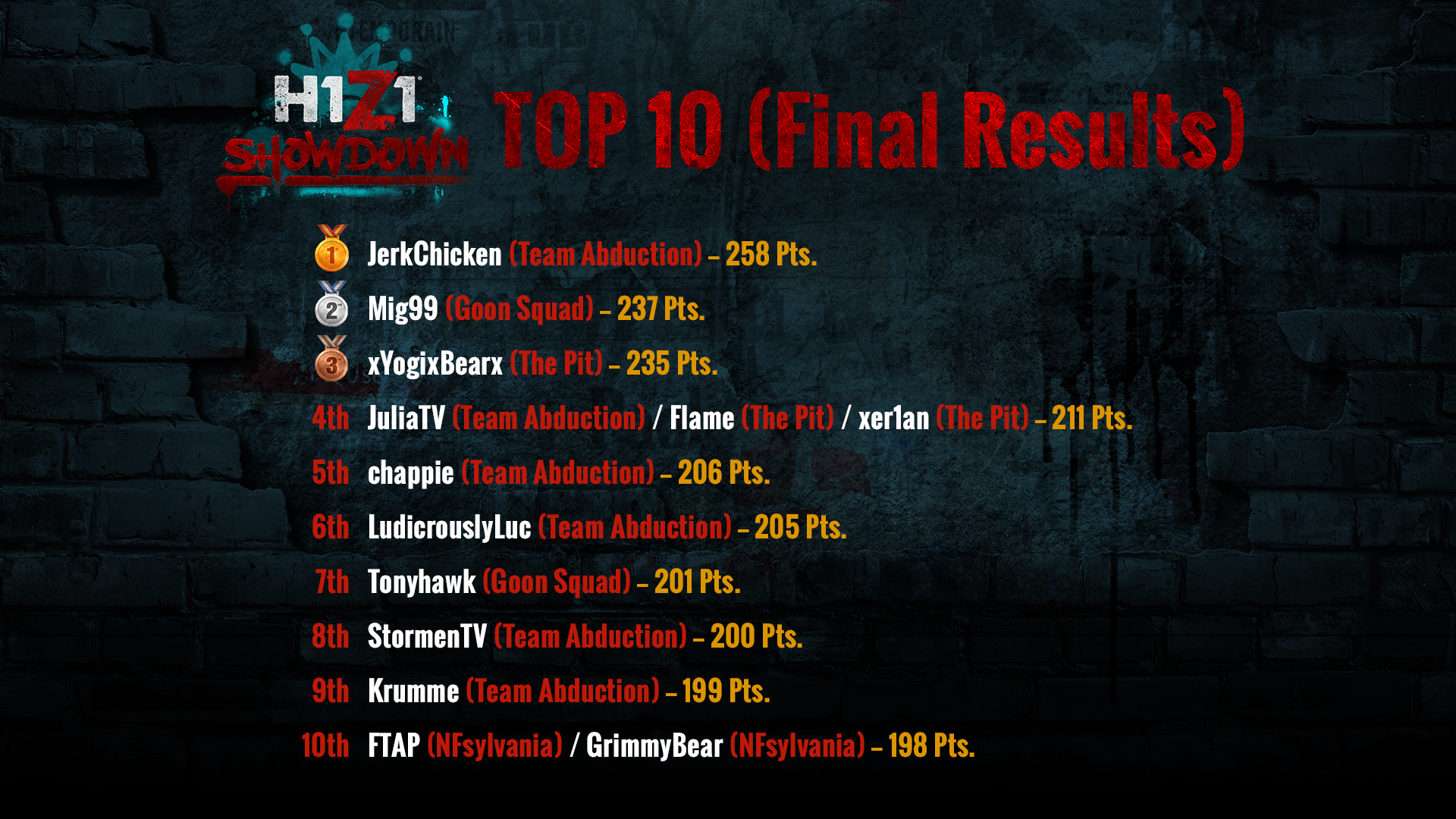